Greetings commanders! Patch 0.8.0 will be released next week. This update brings some major visual improvements to the game.

We have updated stars and planets with higher fidelity assets. We’ve also changed the lighting model for a more realistic look and feel. Planets now have realistic shadows based on their positions around their home star.

There are now unique capital world designs for each faction. See if you can spot them at a glance!

We have also introduced new ship designs for the Archleon Empire. Every ship in the fleet has its own design. For returning players, the fastest way to take a look is by selecting “Setup Offline Match” in the main menu, at which point you can select Archleon as your faction.

We will be updating ship assets for the other factions in the next update.

You may have noticed the new space background. We hope you like it!

We’ve increased the maximum zoom level on the battlefield. Now you can get up close and better appreciate the systems you’ve conquered, or see the little details on that one Archleon ship.

You can now toggle the in-game user interface on and off with the F11 key. We recommend you use this feature when taking screenshots.

Best of luck on the battlefield, commanders. 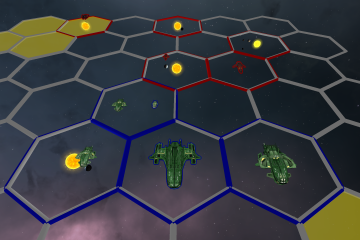 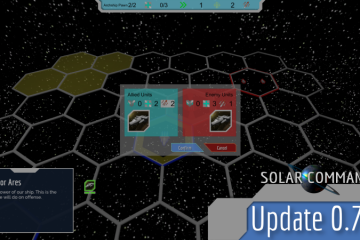 Greetings commanders! Patch 0.7.0 will be released next week. Here’s some details on what’s coming in the latest version of the game, along with some features that we’d like to highlight. Training Campaign We’ve put Read more…